A lot of legends, more or less known, about the origin of coffee exist.

According to one of these, one day when the Profhet Mohammed felt very ill, the archangel Gabriel came to help him, bringing him a potion directly sent by Allah. The drink was so dark as the Sacred Black Stone in the Mecca, commonly called “qawa”. Mohammed drank it, suddenly came to life again and set out again for great enterprises.

Hence the Arabic word Qahwa that means wine and exciting drink would be born and gave origin to the Turkish Kahve from which, finally, the word Coffee.

More known is instead the legend according to which an Arabic shepherd named Kaddi, having herded his goats to pasture, he noticed that they showed signs of excitement after eating the berries of a plant grewing wild.

The shepherd told what happened to the venerable abbot Yahia who, guessing the properties of the plant, made a bitter drink that heated the body, reinvigorated it, and freed it from sleep and tiredness.

In Italy coffee arrived around 1570 to Venice, thanks to the Paduan Prospero Alpino, a known botanist and physician, who brought some sacks of it from the East. In 1615 in Venice was opened the first “Coffee Shop” and in short coffee shops rose in Turin, Genoa, Milan, Florence and Romeand become famous as centers of culture. After its apparition also in the rest of Europe and the opening of the first “Coffee shops” in Vienna, Marseille and London, the demand of coffee began to increase and with it its production.

The custom to drink coffee became soon fashionable and the drink was also celebrated in art by Rosseau (the comedy “The Coffee”), by Goldoni (“The Coffee Shop”) and by Bach (“Coffee Cantata” work 211).

In the first half of the ‘700 coffee plants were imported to the New World and spread within a few years all over Central and South America thanks to the colonies from French and Dutch.

The first famous “caffettiera napoletana” was invented in 1691: this domestic tool gave to everyone the possibility to prepare at home the delicious drink just with a few roasted and ground coffee.

Since then, the ritual of coffee has never gone! 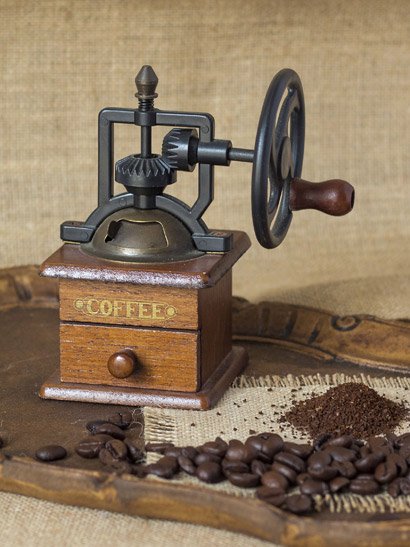 This site uses only functional technical cookies and Google Analytics for anonymous statistics. You can accept/reject everything or manage your preferences. If you close the banner no cookie will be activated (except the one for storing the choice itself).

This website guarantees that personal data will be processed in accordance with the legislative provisions of the Regulation and the confidentiality obligations provided for therein.

The processing of visitors' personal data will therefore be based on the principles of correctness, lawfulness, transparency, purpose limitation and conservation, minimization and accuracy, integrity and confidentiality, as well as the principle of responsibility.

Functional Cookie should be enabled at all times so that we can save your preferences for cookie settings.

If you disable this cookie, we will not be able to save your preferences regarding: language choice and cookie management. This means that every time you visit this website you will have to change the language again and enable or disable cookies again.

The functional cookies do not include those relating to ecommerce such as adding products to the cart or to the account (in case of user creation and subsequent login): these cookies are essential for the functioning of the site and therefore are activated automatically with the relative actions.

This website uses Google Analytics to collect anonymous information such as the number of visitors to the site, and the most popular pages.

Please enable Functional Cookies first so that we can save your preferences!